In this report, we examine how seven states use state policy levers to advance policy change to improve the quality of school principals. These states are all actively engaging in a collaborative initiative focused on principal preparation program redesign. We consider the following questions, drawing on data about the use of various policy levers in the states:

We drew on three data sources for this analysis: (1)  biannual interviews with UPPI participants, (2) interviews with state-level stakeholders across the seven UPPI states, and (3) relevant secondary data, such as state plans, state licensure requirements, state legislation, reports from state departments of education, and research literature on school leadership.

In this report, we focus on seven policy levers that states can use to improve school leadership. The first six of these were drawn from research as described by Manna (2015), and the seventh was derived from Grissom, Mitani, and Woo (2019): 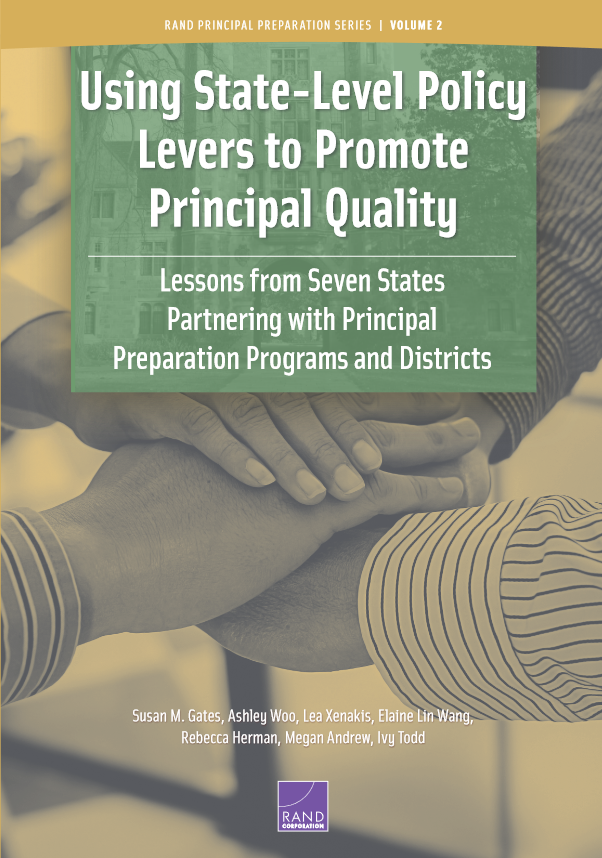