Attending a more selective college or university matters because these institutions graduate a larger share of their students. Attaining a bachelors' degree in turn increases expected lifetime earnings by roughly 65 percent over attaining only a high school diploma. Who has access to these selective institutions therefore has an impact on economic and social mobility in America, an objective that justifies the large federal, state and local support of higher education across the country. However, the evidence suggests that these selective schools could be doing more in terms of socioeconomic and racial and ethnic diversity.

In "Segregation Forever?: The Continued Underrepresentation of Black and Latino Undergraduates at the Nation's 101 Most Selective Public Colleges and Universities," Andrew Howard Nichols traced the changes in shares of Black and Latino students at the most selective public institutions, from 2000 to 2017. He found that, over that time period, 60 percent of the top 101 selective public institutions saw decreases in the percentage of Black students enrolled. While these institutions did see increases in the share of Latino students enrolled, 65 percent saw gains that did not keep up with the Latino population growth in their respective states.

In "Even With Affirmative Action, Blacks and Hispanics Are More Underrepresented at Top Colleges Than 35 Years Ago," The New York Times examined the share of Black and Hispanic first-year students at 10o selective schools, including publics and privates, between 1980 and 2015. The share of Black students remained unchanged over this period, while the share of the Black college age population increased. Over this same period, the share of Hispanic students increased at this set of institutions, but by less than their increase in the college age population.

After a brief discussion of the methodology, we summarize the results, which show that the selective not-for-profit sector did not do better than the public sector in contributing to improved educational outcomes for Black and Latino students during the first two decades of this century. 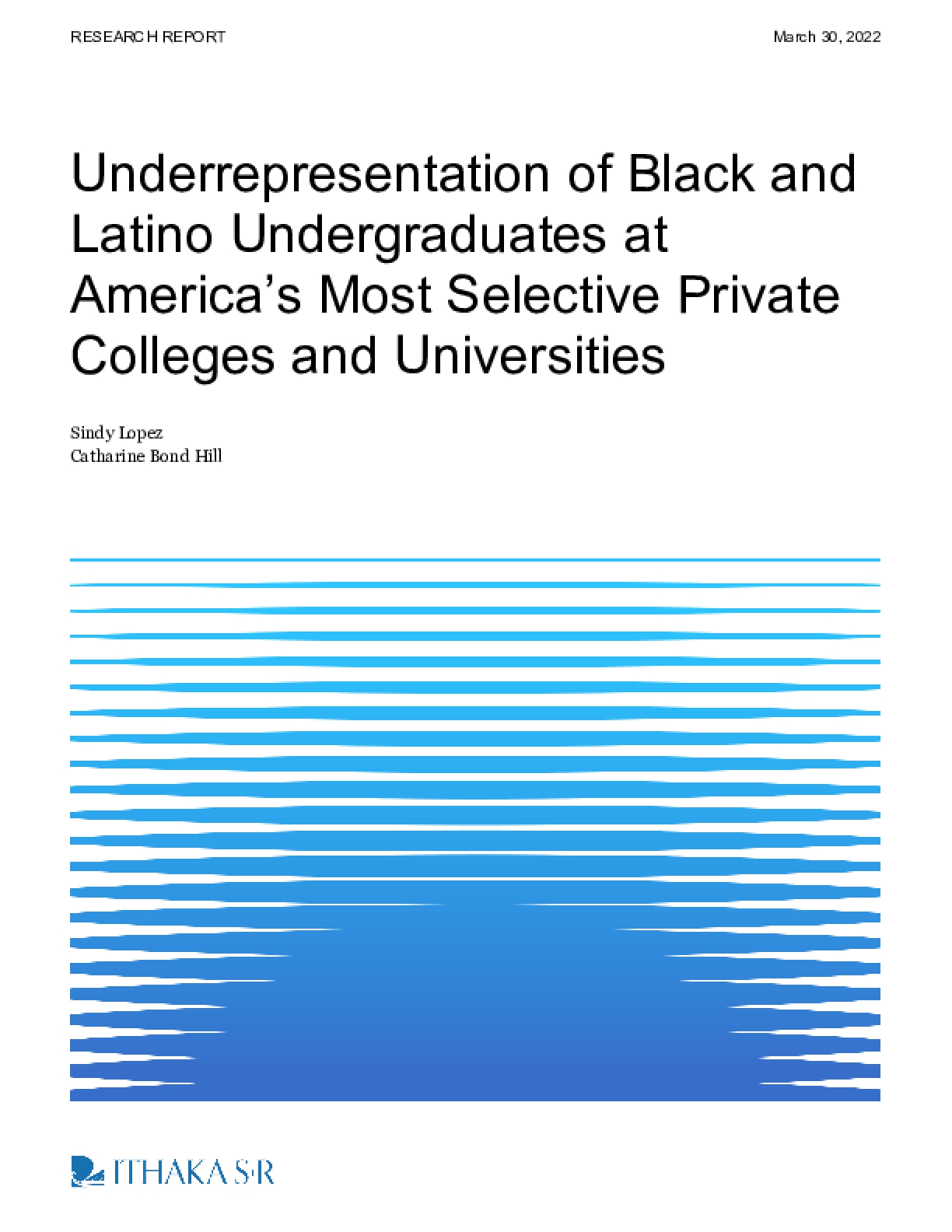