The Bridge to Prosperity: Reverse Reckless Cuts, Restore Our Infrastructure, and Revive Jobs

The United States is facing a growing infrastructure crisis and a lingering jobs crisis.

Most of America's infrastructure was built in the decades directly after World War II. Each day in America, more than 700 water mains break. Seventeen percent of water pumped by municipal pumping stations never reaches consumers' faucets – a waste of 2.4 trillion gallons of precious water each year. Potholes on the nation's roads cost the average family $355 in additional car repairs annually, deficient roads and bridges will cost businesses an estimated $43 billion a year in transportation delays and shipment rerouting, and too many children attend schools with leaky roofs, rattling windows, and decrepit plumbing.

Five years into the economic recovery, nearly ten million Americans remain unemployed, more than a third of them for more than six months. There's only one open job for every three people who want to work.

A large portion of America's infrastructure in the U.S. is funded by federal monies. Despite the obvious need for better infrastructure and for more jobs, Congress has failed to invest in important infrastructure repairs that our communities need. According to the American Society of Civil Engineers, it would take a sustained annual investment of $125 billion a year to bring our roads, bridges, dams, levees, water systems and sewers, and school buildings up to 21st century standards. Making that sort of investment would create 2.5 million good new jobs and would ensure U.S. cities can compete with those in other modern nations.

We can invest in infrastructure and jobs if we recapture the $150 billion of tax revenue that leaks out of the Treasury every year, by plugging the corporate tax loopholes that wealthy individuals and prosperous multinational corporations use to avoid paying taxes. We need to make sure those who benefit most from the public structures and services provided by the federal government pay their fair share of the costs of keeping our nation's infrastructure in good shape.

Invest now, build a platform for business growth, and create jobs in the bargain. To build and maintain the public structures that make private economic activity possible, the federal government should increase spending on programs that pave the way for future growth. Such investments would spur immediate job growth, creating a "virtuous circle" of more money circulating in the economy, more job creation, and more tax dollars flowing in to federal, state, and local governments from sales taxes, payroll taxes, and income taxes. 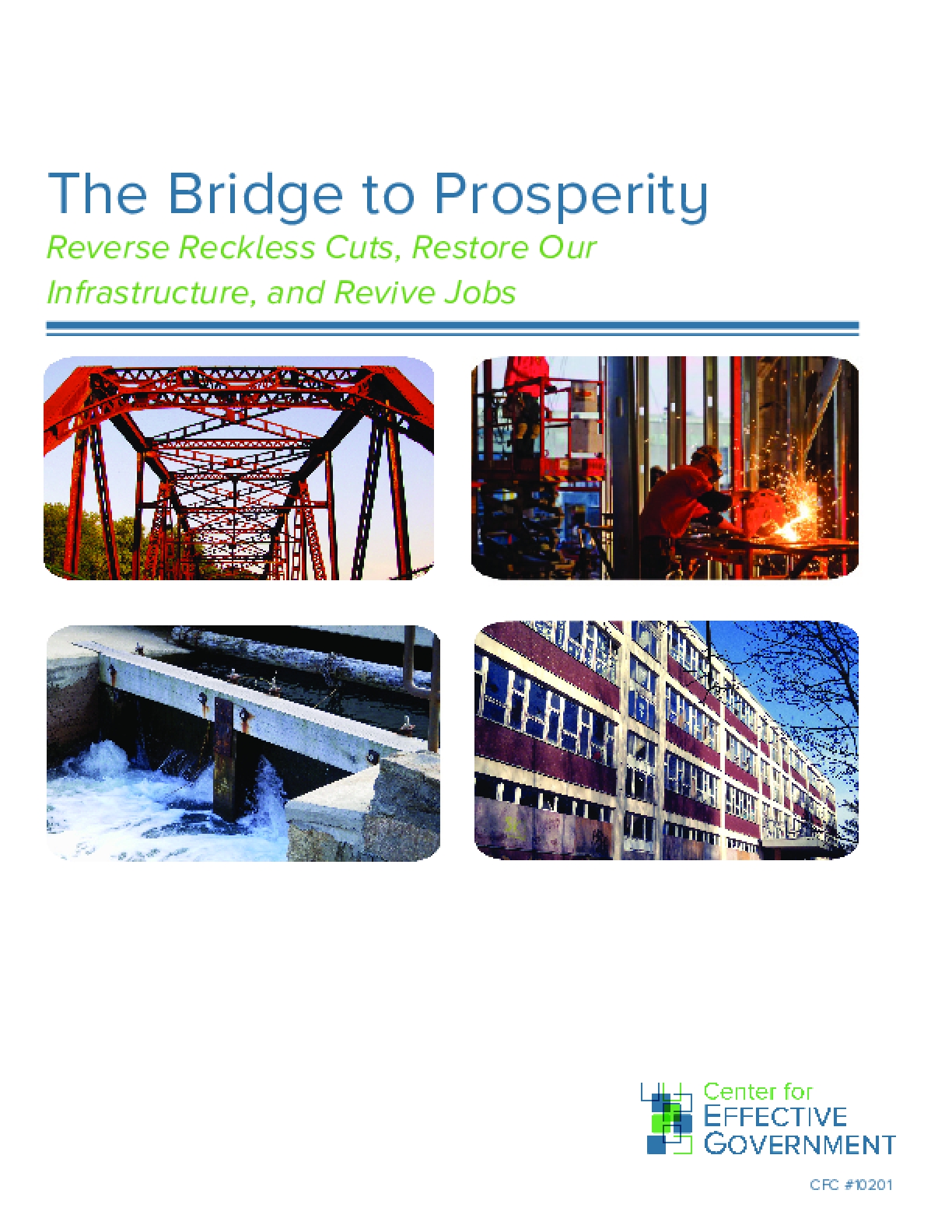