Religious Organizations Are Integral to the Fight Against Gun Violence

Religious communities play a significant role in efforts to reduce gun violence, including by advocating for commonsense gun reform using a variety of tools. Their work is driven by both a sense of ethical obligation and concern for the safety of their communities.

Most religious Americans believe that gun reform is needed to save lives. In turn, religious organizations, acting out of a sense of sacred obligation and moral conviction, are working to end gun violence through violence interruption programs, education, counseling, advocacy, and more. They are also working to push back against the harmful ideology of Christian nationalism, which research shows is connected to opposition to gun reform. 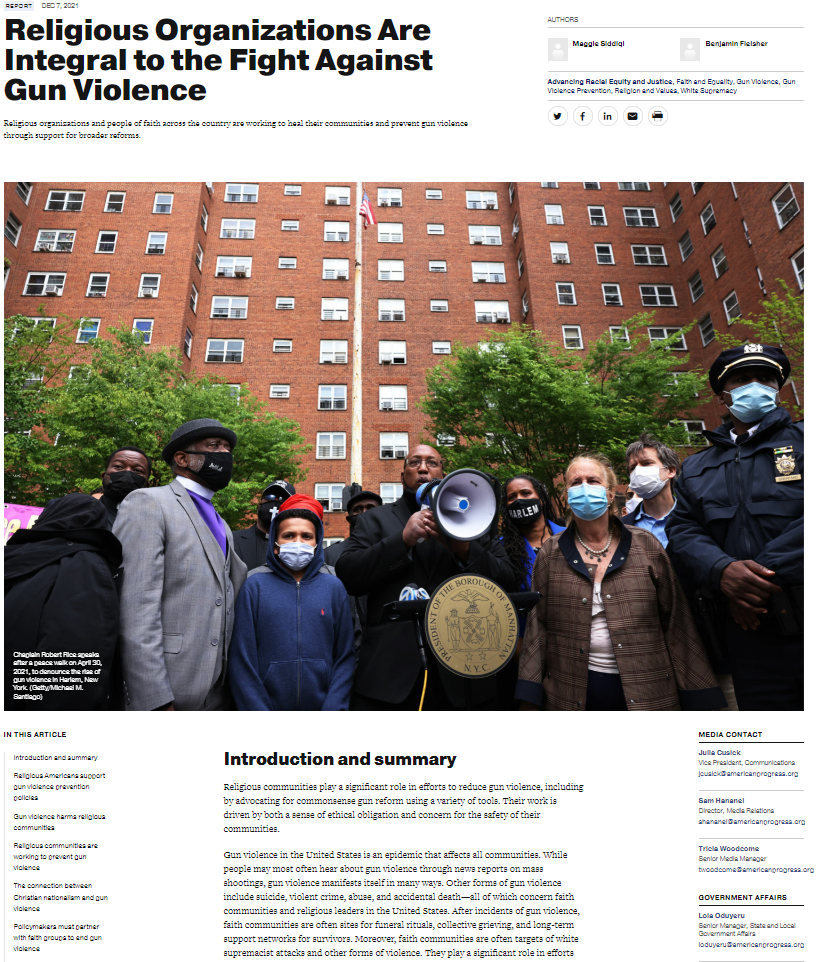