Each year, hundreds of thousands of individuals fleeing persecution arrive in the United States and begin the process of claiming asylum, while other undocumented immigrants in the United States encounter Immigration and Customs Enforcement (ICE). Although many of these individuals end up in ICE detention, a large subset of them are released and enrolled in the Alternatives to Detention (ATD) program as they await a decision on their case or deportation. As opposed to remaining in a physical detention center, those enrolled in the ATD program are electronically monitored through ankle monitors, telephone calls, and smartphone applications.

As the Biden administration has worked to reform an immigration system impeded by Trump-era policies that criminalized undocumented immigrants and asylum-seekers and expanded immigration detention, the ATD program has rapidly grown. In fact, as of June 2022, a record number of almost 280,000 undocumented immigrants and asylum-seekers have been enrolled in ATD, and the Biden administration plans to double this number by the end of 2023.

This is an important step toward reducing the country's costly reliance on immigration detention, which severely harms immigrants and asylum-seekers by separating them from their families, communities, and critical services as they fight their legal cases to remain in the country.

However, the expansion of the ATD program raises a new set of privacy and civil liberty concerns. Namely, there is growing concern that enrolled immigrants and asylum-seekers may experience the program as "e-carceration," or a different form of detention, due to its invasive surveillance measures and mobility restrictions. 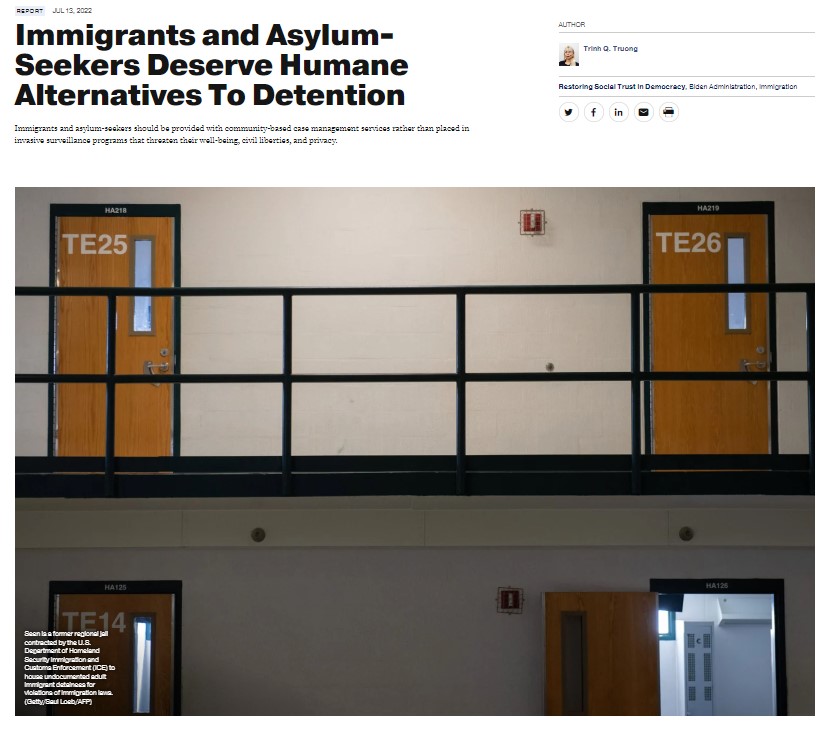