From Fear to Solidarity: The Difficulty in Shifting Public Narratives about Refugees

Refugees and asylum seekers are alternatively depicted as heroes or security threats, victims or exceptional workers, exemplary neighbors or opportunists. And though public narratives are sometimes described as a binary, in reality, people can hold multiple, competing beliefs and opinions about forced migration and its impacts on society. They may, for example, experience pride in their country's humanitarian response and compassion for refugees alongside anxiety over changing cultural norms or fear of competition for scarce jobs, each of which can become more or less salient under different circumstances.

These public attitudes can create or constrain the space needed for sensible and creative policy responses, as well as community cohesion. As a result, governments, international organizations, and advocates have invested in myriad programs and campaigns to bolster solidarity and defuse negative reactions to forced migrants. Yet, as this study discusses, changing people's minds is far from straightforward.

This report—the first in the Beyond Territorial Asylum: Making Protection Work in a Bordered World initiative led by MPI and the Robert Bosch Stiftung—examines the different narratives that tend to emerge in communities welcoming forced migrants, looking at a variety of geographic, socioeconomic, and historical contexts. It also explores two categories of interventions that aim to address negative narratives about refugees and asylum seekers: information campaigns that aim to defuse threat narratives and "contact-building" initiatives that seek to build connections between refugees and host communities. The report concludes by offering strategies to promote solidarity and mitigate tensions. 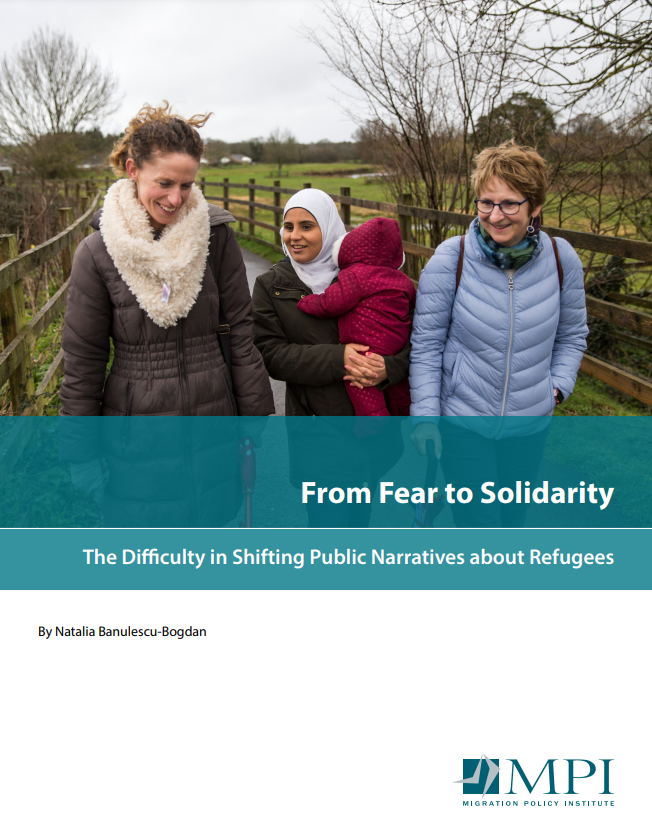