Child Access Prevention Negligent Storage (CAP-NS) laws seek to reduce pediatric firearm injury by imposing sanctions on gun owners if children gain access to unlocked guns. Whether these laws affect the storage behavior they aim to encourage is not known because historical panel data on firearm storage do not exist. As a result, assessing how much, if at all, firearm storage changed because of CAP-NS laws requires an indirect approach.

Data for this study came from a web-based survey conducted by the research firm Ipsos from July 30, 2019 to August 11, 2019. Respondents were adult gun owners drawn from an online sampling frame comprising approximately 55,000 U.S. adults recruited using address-based sampling methods to be representative of the U.S. population. The primary outcome was the proportion of gun owners in CAP-NS versus non-CAP-NS states who had ≥1 unlocked firearm. Estimates are presented by CAP-NS status, for gun owners overall and for those who live with children, before and after adjusting for potential confounders. Data were analyzed in 2021.

In adjusted analyses, gun owners in CAP-NS states were no more likely to lock firearms than were those in states without these laws. In addition, most gun owners reported not knowing whether they lived in a state with a CAP-NS law.

CAP-NS laws have at best modest effects on firearm storage. If the storage effect is as small as this study indicates, the mortality benefits previously attributed to CAP-NS laws are overstated. As such, developing interventions that effectively reduce firearm mortality by reducing access to firearms remains an urgent clinical and public policy priority. 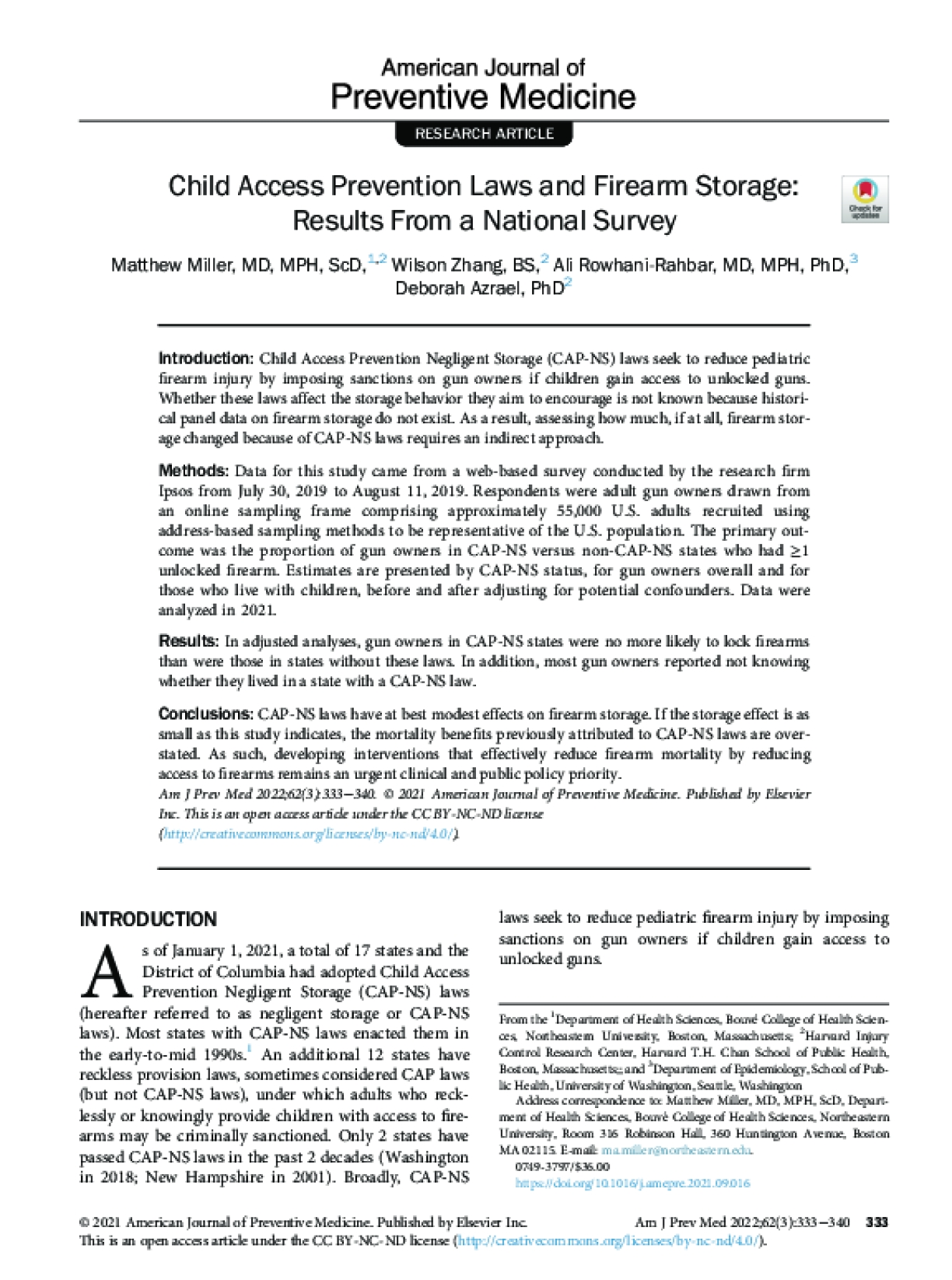