Capitalizing on Conflict: How U.S. arm sales fuel the humanitarian crisis in Yemen

Over the last 20 years, defense companies and their affiliates have spent more than $2.6 billion on lobbying politicians and $300 million making contributions to support and influence their campaigns. Getting up to half of a Pentagon budget that is likely to top $800 billion next year makes it well worth the effort.

Of those exports, 43% went to the Middle East. The largest recipient, Saudi Arabia, received nearly a quarter of U.S. exports. Both Saudi Arabia and the United Arab Emirates (UAE) are among the top 10 recipients, putting them on par with stalwart allies like Australia, the United Kingdom and Japan.

For years, the Saudi-led coalition has used those weapons in a catastrophic civil war in Yemen that is now in its eighth year. The resulting humanitarian crisis has claimed over a hundred thousand lives from military conflict, famine and disease. 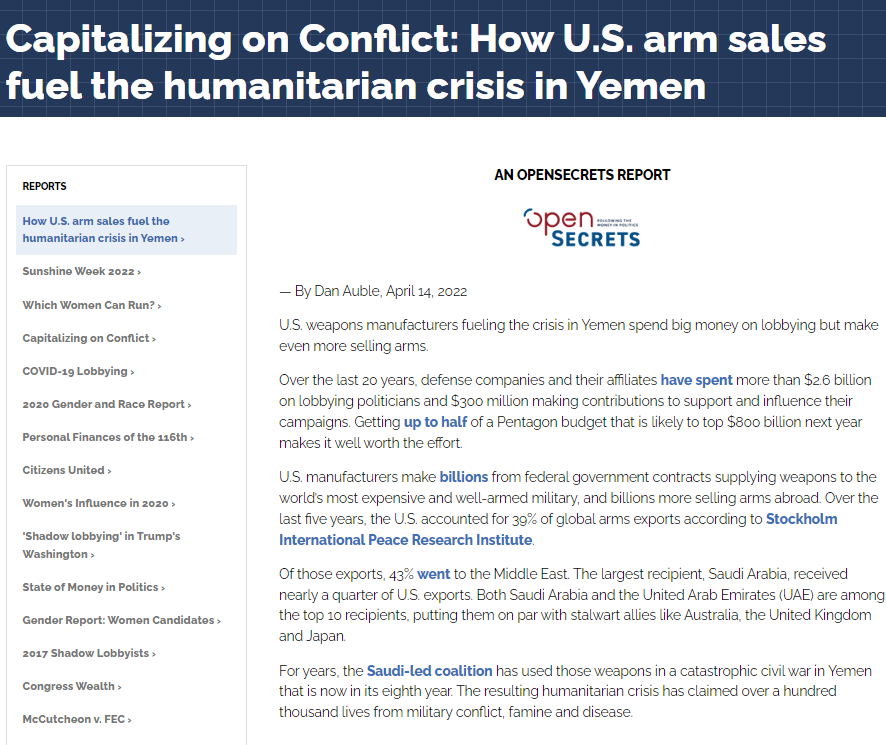