The American Values Atlas (AVA) is a dynamic interactive online map of the United States' cultural landscape. The AVA draws upon data from more than 100,000 bilingual telephone interviews conducted among a random sample of Americans, with 40,000 interviews each year on political and cultural issue areas. Because of its large sample size, the AVA allows analysis of specific census regions, all 50 states, and even 30 major metropolitan areas, while providing a rare portrait of smaller religious communities and ethnic groups.

The American Values Atlas draws upon 50,000 annual telephone interviews among a random sample of Americans to deliver an unprecedented level of detail about the United States' cultural and religious landscape. With its large sample size, the AVA provides a rare look at the profiles of smaller religious communities, such as Jews, Muslims, Mormons, Hindus, Buddhists, and others, who are often omitted from depictions of the country's religious population. The AVA's scope also allows its users to explore the increasing diversity of specific regions, all 50 states, and 30 major metropolitan areas.

One of the key advantages of the American Values Atlas, and one that differentiates it from other large-scale studies, is that it is a dynamic, ongoing project. Each year, PRRI will conduct a new wave of approximately 50,000 interviews, which will provide an up-to-date view of America's changing religious, cultural and political landscape. 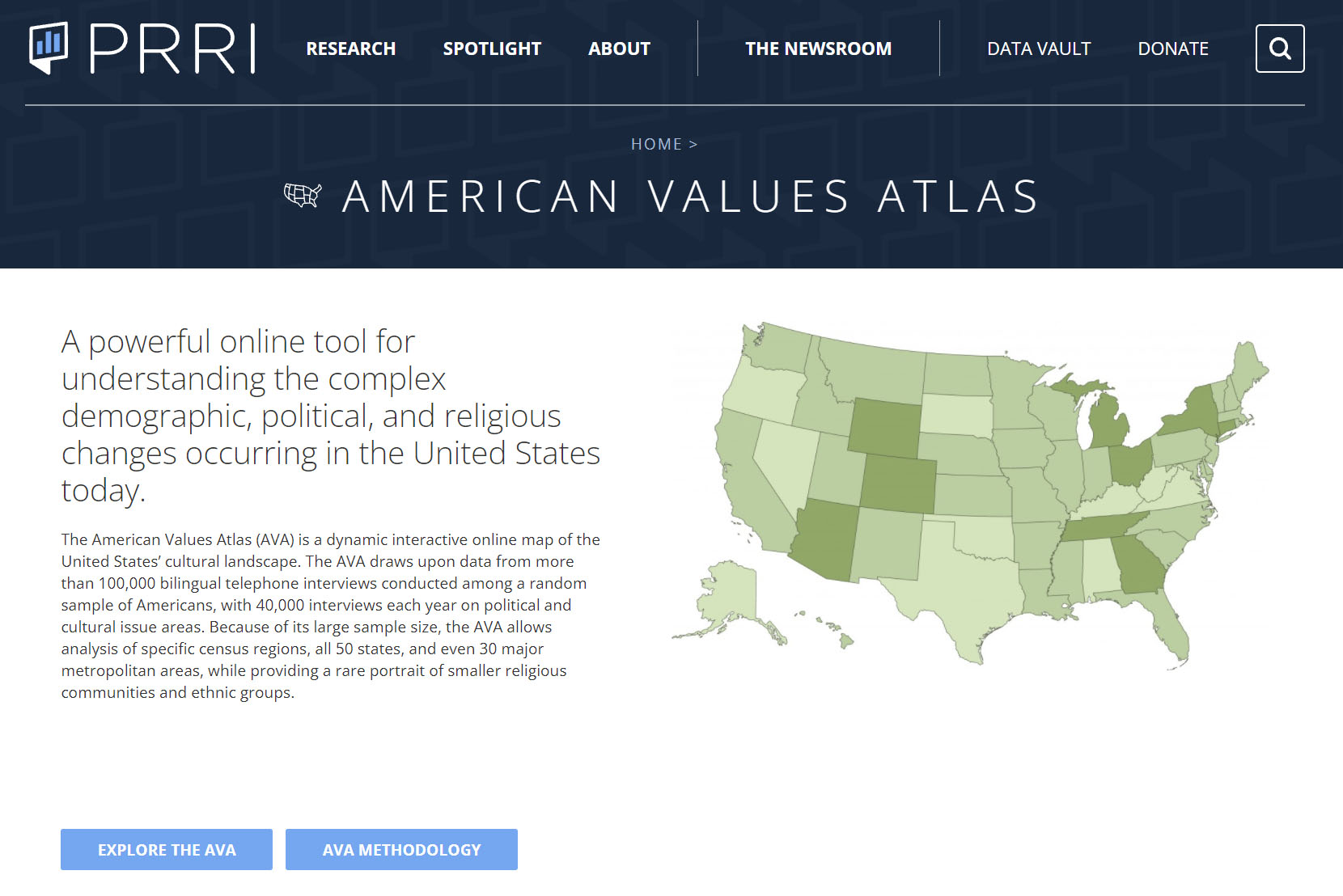