Abortion travel within the United States: An observational study of cross-state movement to obtain abortion care in 2017

Methods: We calculated state-specific abortion rate (number of abortions per thousand women ages 15 to 44) and percentage of patients leaving for abortion care using CDC 2017 Abortion Surveillance data, the Guttmacher Institute's Abortion Provider Census and Pregnancies, Births and Abortions in the United States report, and US Census data. We categorized percent leaving by abortion policy landscape using the Guttmacher Institute's classification of state abortion laws, and by facility density (number of abortion facilities per million women ages 15 to 44), calculated using Census and Guttmacher data. We ran correlational tests between each of our variables (percent leaving, facility density, and policy environment), as well as between percent leaving and facility density within policy environment.

Findings: In 2017, an average of 8% of US patients left their state of residence for abortion care. Percent leaving varied widely by state: 74% left Wyoming, 57% left South Carolina, and 56% left Missouri, while 13 states had fewer than 4% of patients leaving. States with more restrictive laws averaged 12% of patients leaving, while states with middle ground or supportive laws averaged 10% and 3% leaving, respectively. Pairwise correlations between percent leaving, facility density, and policy score were all statistically significant, though correlations between percent leaving and facility density within policy environment were not.

Interpretation: Many patients travel across state lines for abortion care. While patients may leave for a range of reasons, restrictive state-level abortion policy and facility scarcity are associated with patients leaving their state of residence. 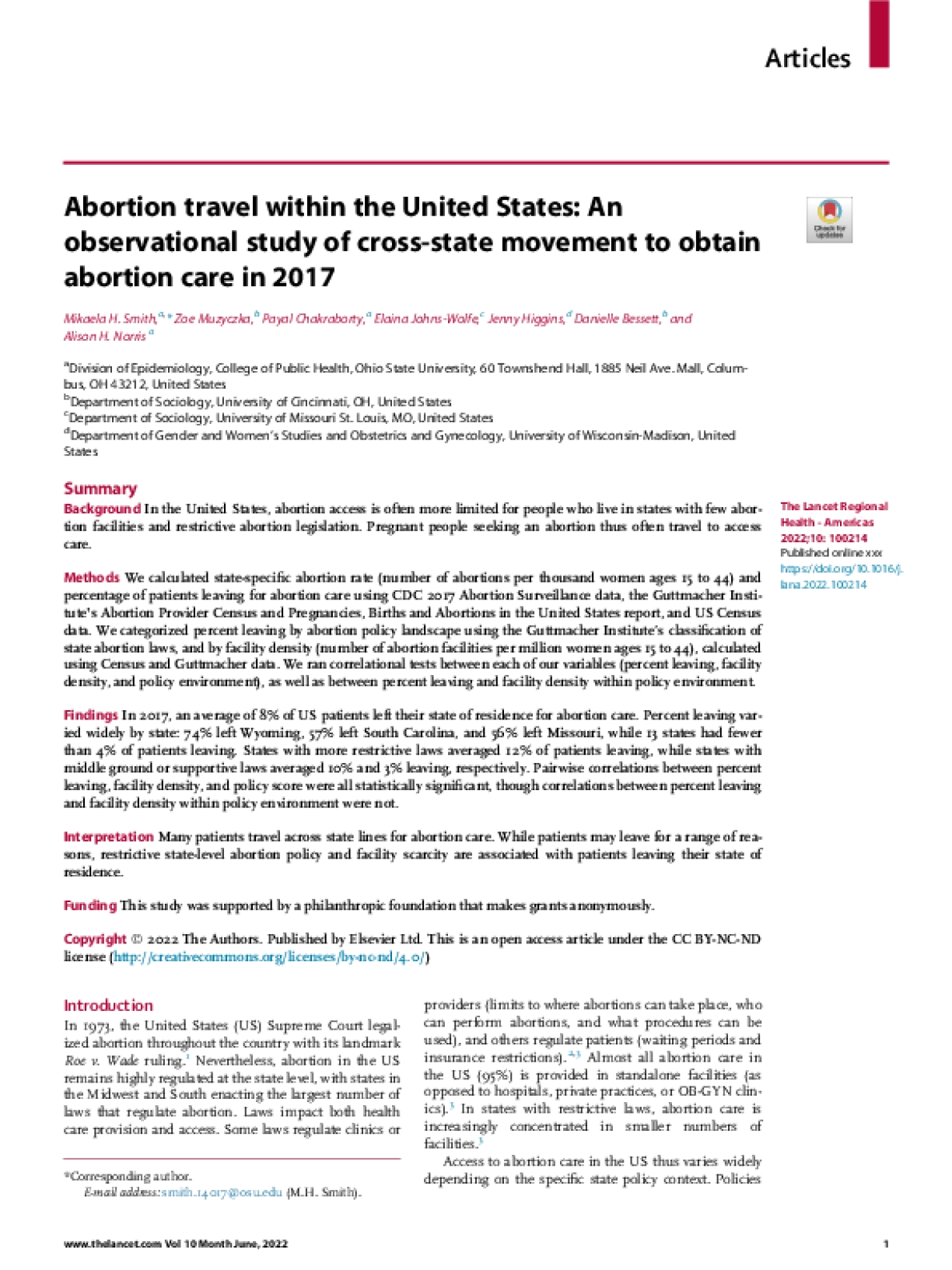