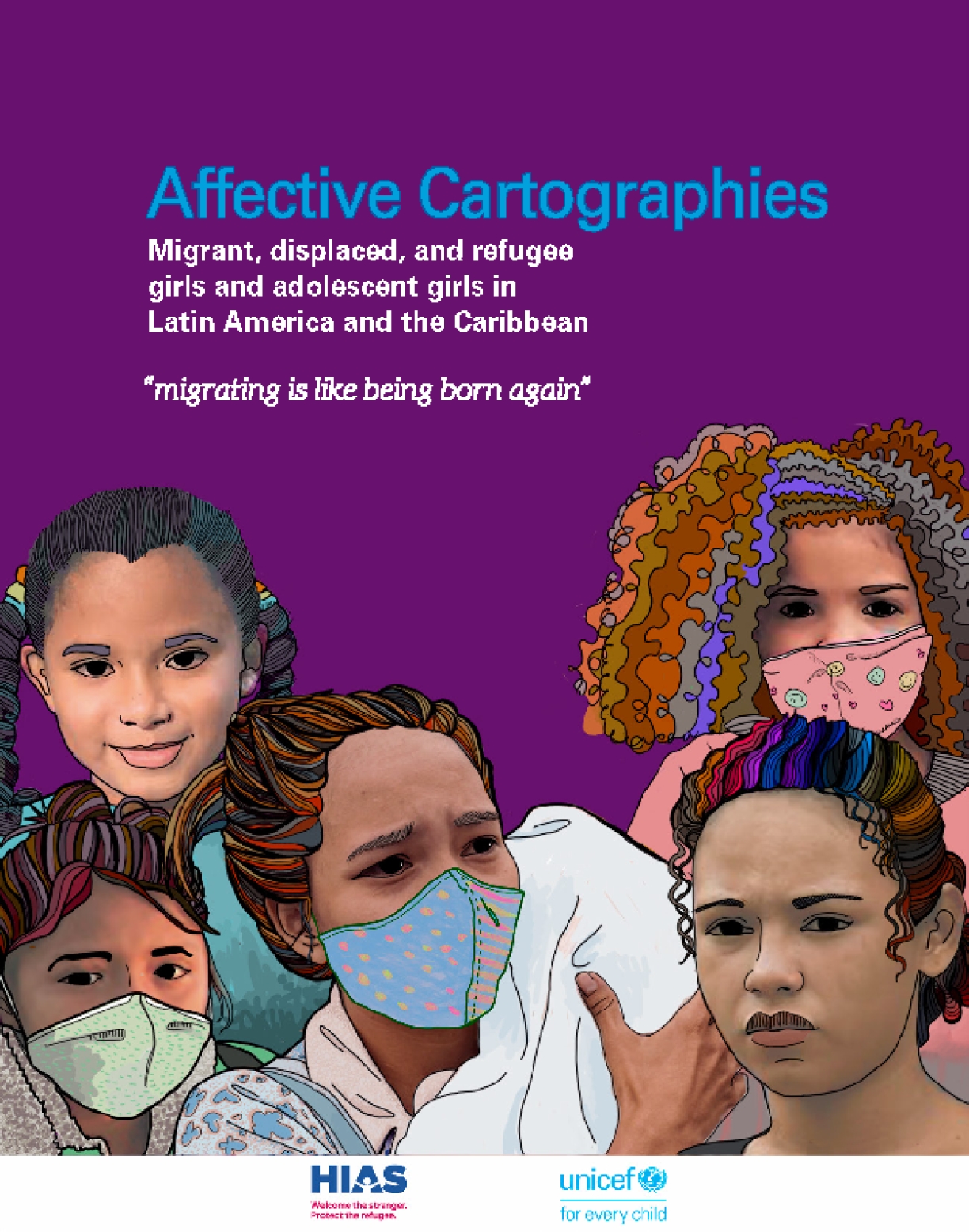 Affective Cartographies: Migrant, Displaced, And Refugee Girls And Adolescent Girls In Latin America And The Caribbean

Being a girl or an adolescent girl is no simple task in a time of multiple socialization demands to access the adult world. But being a migrant, displaced, or refugee girl or adolescent girl is even more complex, not only due to the difficulties stemming from sociocultural and economic standards, but also due to the uprooting that girls and adolescent girls are subjected to when they are forced to leave their country of origin. This report produced jointly by HIAS and UNICEF highlights the main needs and challenges for girls and adolescent girls, including forms of violence they experience during their processes of migration and forced displacement. 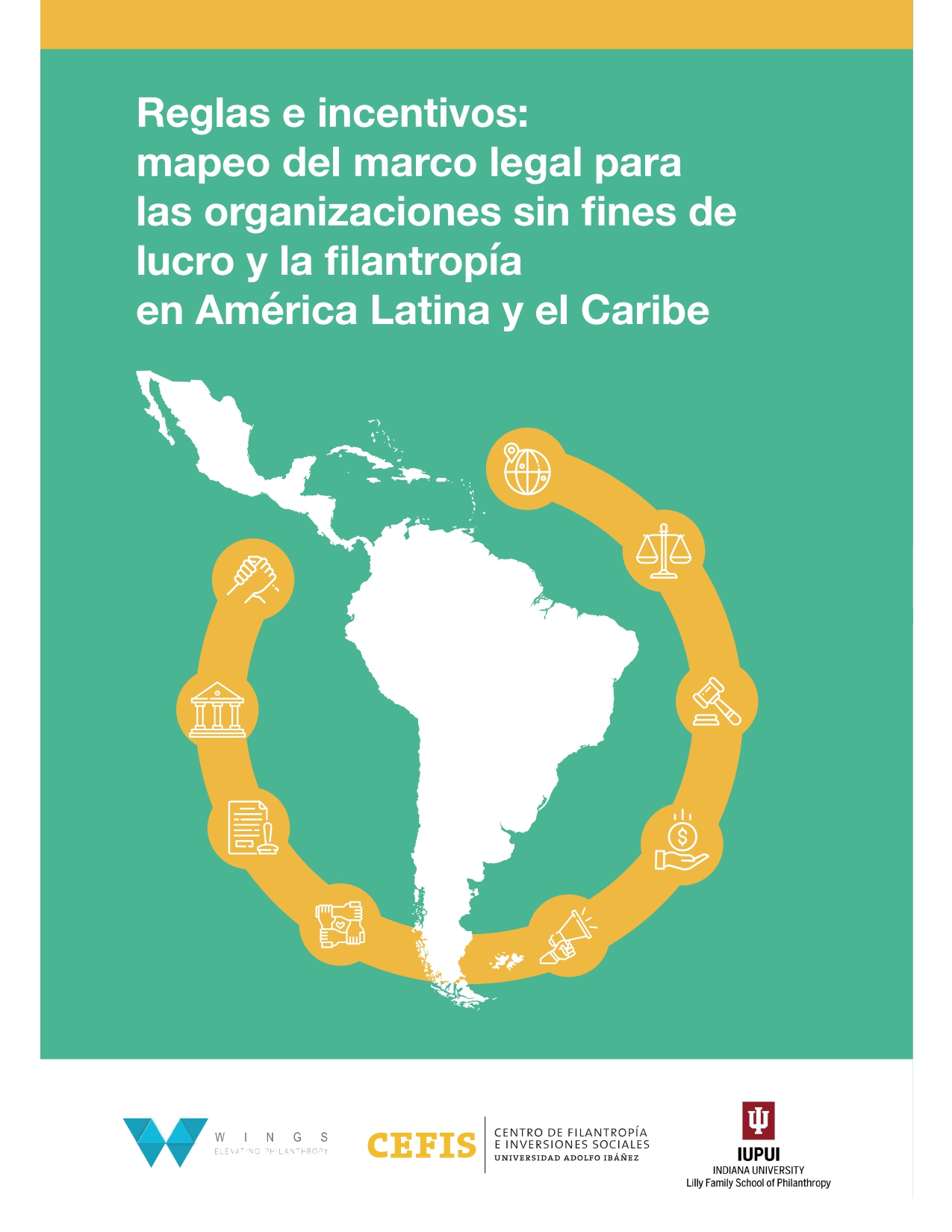 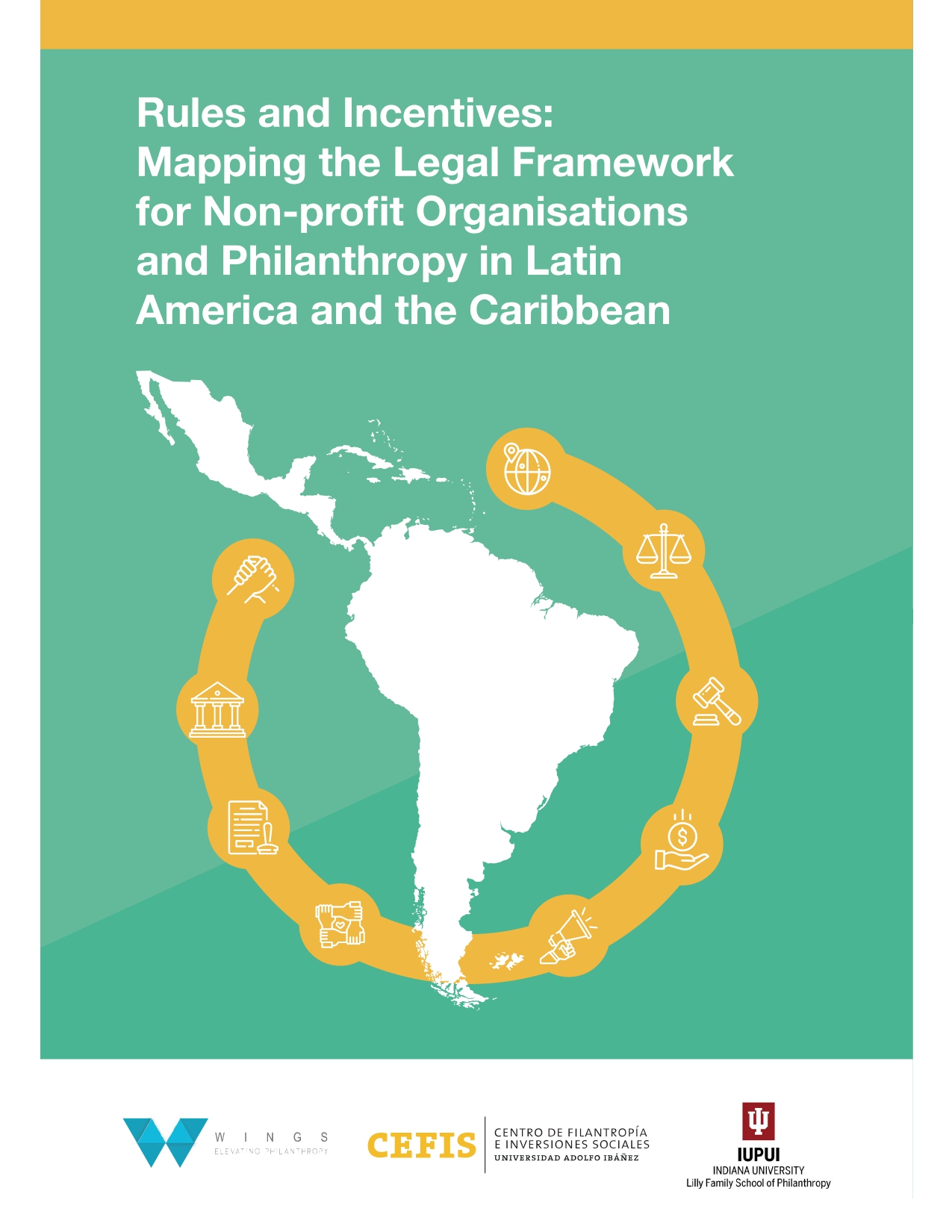 Rules and Incentives: Mapping the Legal Framework for Non-profit Organisations and Philanthropy in Latin America and the Caribbean

For the past two years, WINGS, the Centro de Filantropía e Inversiones Sociales de la Escuela de Gobierno de la Universidad Adolfo Ibáñez (CEFIS UAI) and the Lilly Family School of Philanthropy of Indiana University, have worked together to develop a comparative study on the legal frameworks in Latin America and the Caribbean that regulate donations and the life cycle of non-profit organisations.  In this report, you will find detailed information from 19 countries that reveals what regulations hinder and which ones help philanthropy in the region. 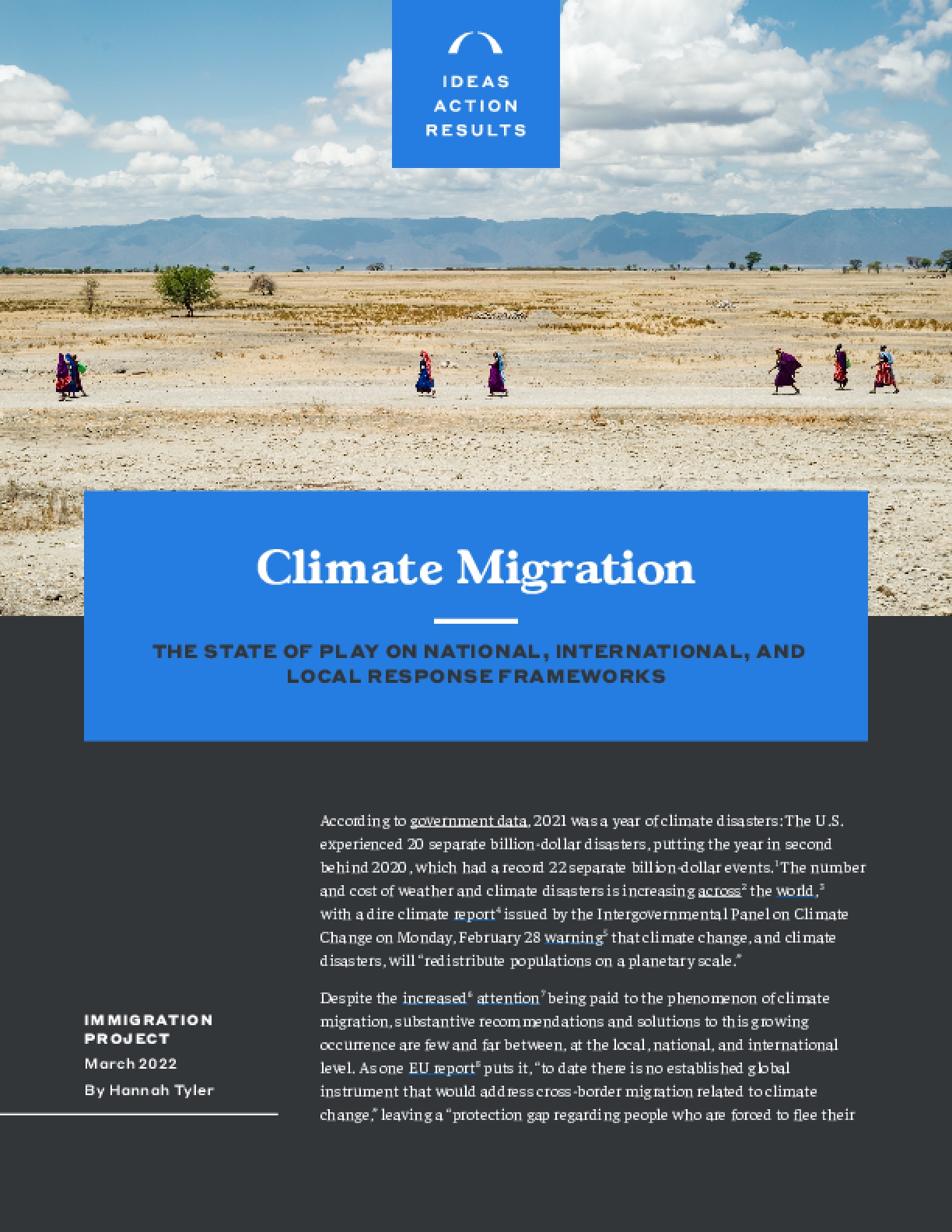 Climate Migration: The State of Play on National, International, and Local Response Frameworks

According to government data, 2021 was a year of climate disasters: The U.S. experienced 20 separate billion-dollar disasters, putting the year in second behind 2020, which had a record 22 separate billion-dollar events. The number and cost of weather and climate disasters are increasing across the world, with a dire climate report issued by the Intergovernmental Panel on Climate Change on Monday, February 28, warning that climate change, and climate disasters, will "redistribute populations on a planetary scale."Despite the increased attention being paid to the phenomenon of climate migration, substantive recommendations and solutions to this growing occurrence are few and far between at the local, national, and international levels. The lack of a dedicated international mechanism for climate migrants as well as local and national solutions has forced many to seek protections under existing international legal mechanisms, such as refugee and asylum laws, which were not designed for this new type of migration. Many of the international initiatives addressing migration more generally are non-binding, meaning that they provide a framework for signatory countries to follow, but do not compel those signatory countries to take specific actions, leaving an international patchwork of responses to a growing global phenomenon. 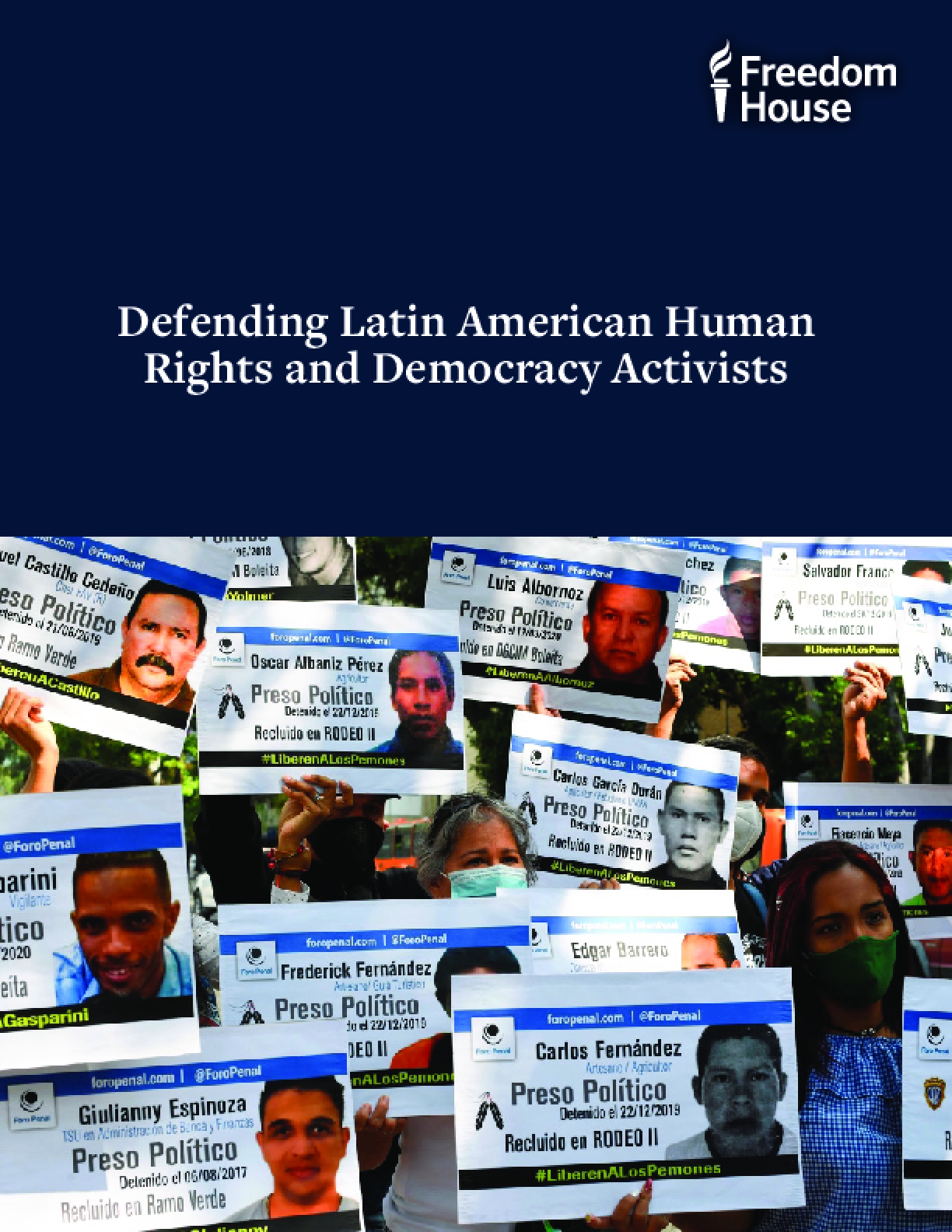 This assessment builds on existing bodies of literature, interviews with key informants and stakeholders, two case studies, and Freedom House experiences to better understand the nature of the defense and protection of Human Rights Defenders (HRDs) and pro-democracy Civil Society Organizations (CSOs) in Latin America.The study undertakes an institutional and organizational landscape analysis to: determine which entities, organizations and individuals are involved in the protection and defense of HRDs and CSOs (with a particular focus on relocation); identify strategies and approaches to support the defense and protection of HRDs and CSOs within their countries and in exile; analyze the gaps and challenges of existing approaches; and develop recommendations to strengthen the protection and defense of HRDs in Latin America.Given time and resource limitations, the assessment was relatively narrow in its scope. As such, it is not intended to be an impact or capacity assessment; much less, an evaluation of specific programs and/or initiatives. Rather, it describes HRD protection systems in Latin America, highlights opportunities for future HRD activities and major areas that merit further regional and national attention, and HRD protection systems in Latin America. The assessment also highlights opportunities and offers strategic recommendations. 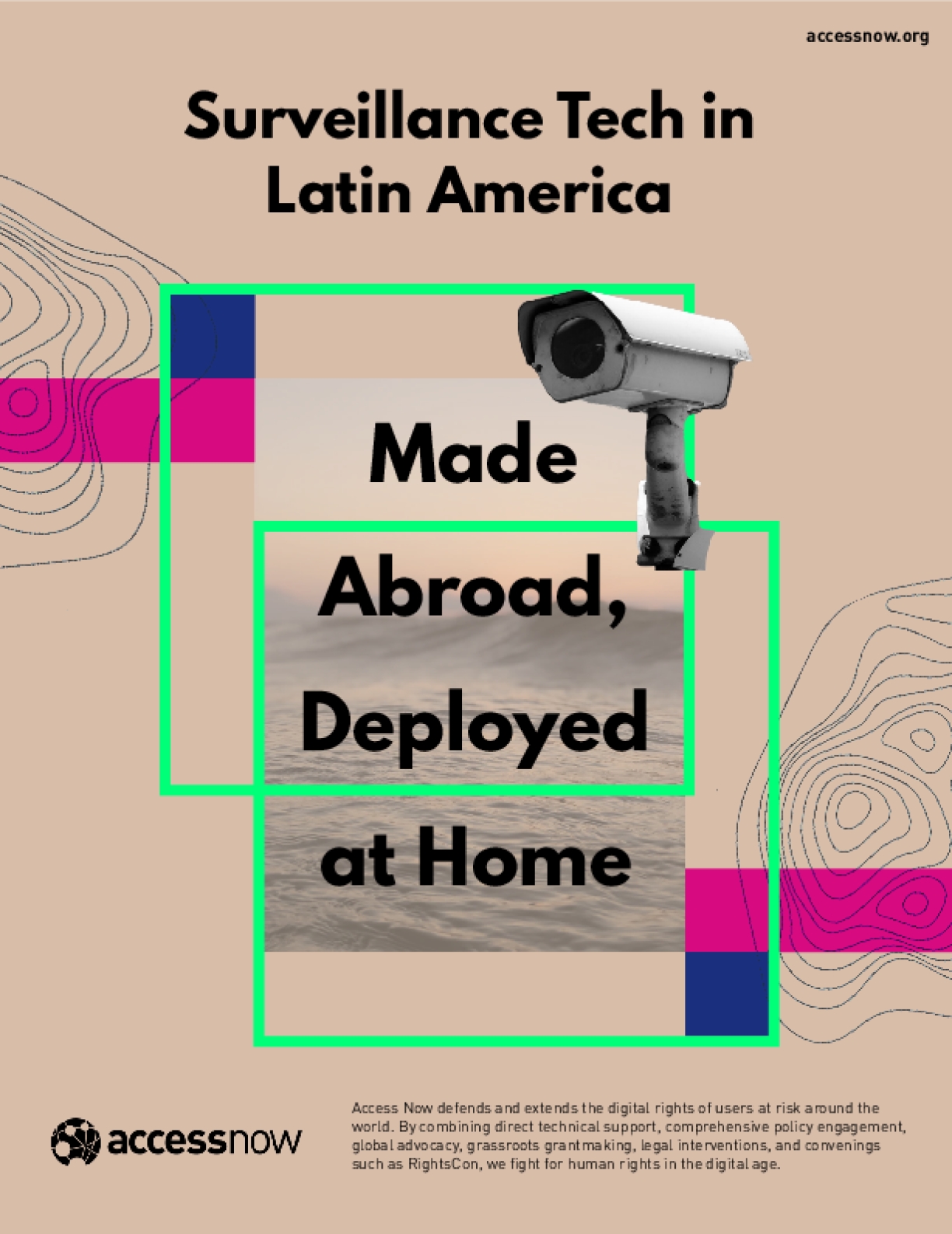 Surveillance Tech in Latin America: Made Abroad, Deployed at Home

Tools to identify, single out, and track us everywhere we go are inherently incompatible with our human rights and civil liberties. Unfortunately, many Latin American governments are eagerly purchasing this technology and ramping up the implementation of mass biometric surveillance — even as the movement to ban technology for biometric surveillance gains traction worldwide. Meanwhile, the companies supplying the tech are flying under the radar, selling surveillance technology that is deployed across Latin America without sufficient transparency or public scrutiny. Our latest report, Surveillance Tech In Latin America: Made Abroad, Deployed At Home, exposes the companies behind these dangerous products and the government policies and practices that are undermining people's rights.As we highlight in the report, most of the biometric surveillance tech deployed in Latin America is acquired directly or indirectly from companies in Asia (Israel, China, and Japan), Europe (U.K. and France), and the U.S. They include AnyVision, Hikvision, Dahua, Cellebrite, Huawei, ZTE, NEC, IDEMIA, and VERINT, among others. These companies have a duty to respect human rights, yet their tools are often implicated in human rights violations perpetrated against civil society globally — journalists, activists, human rights defenders, lawyers, and members of targeted and oppressed groups. Latin America has a long history of persecuting dissidents and people in marginalized communities, and authorities continue to abuse public power. The COVID-19 pandemic has now given governments a new excuse to deploy dangerous surveillance tools in the name of public safety, even as they fail to protect human rights. The bottom line: the backroom deals pursued in countries like Argentina, Brazil, and Ecuador are exposing the public to unacceptable risk. Our report, a research collaboration with our partners at Asociación por los Derechos Civiles (ADC), the Laboratório de Políticas Públicas e Internet (LAPIN), and LaLibre.net (Tecnologías Comunitarias), not only documents the agreements to procure dangerous technology, it also presents case studies to show how the technology is deployed. Finally, we offer recommendations for government, companies, and other stakeholders to increase transparency and prevent rights violations. 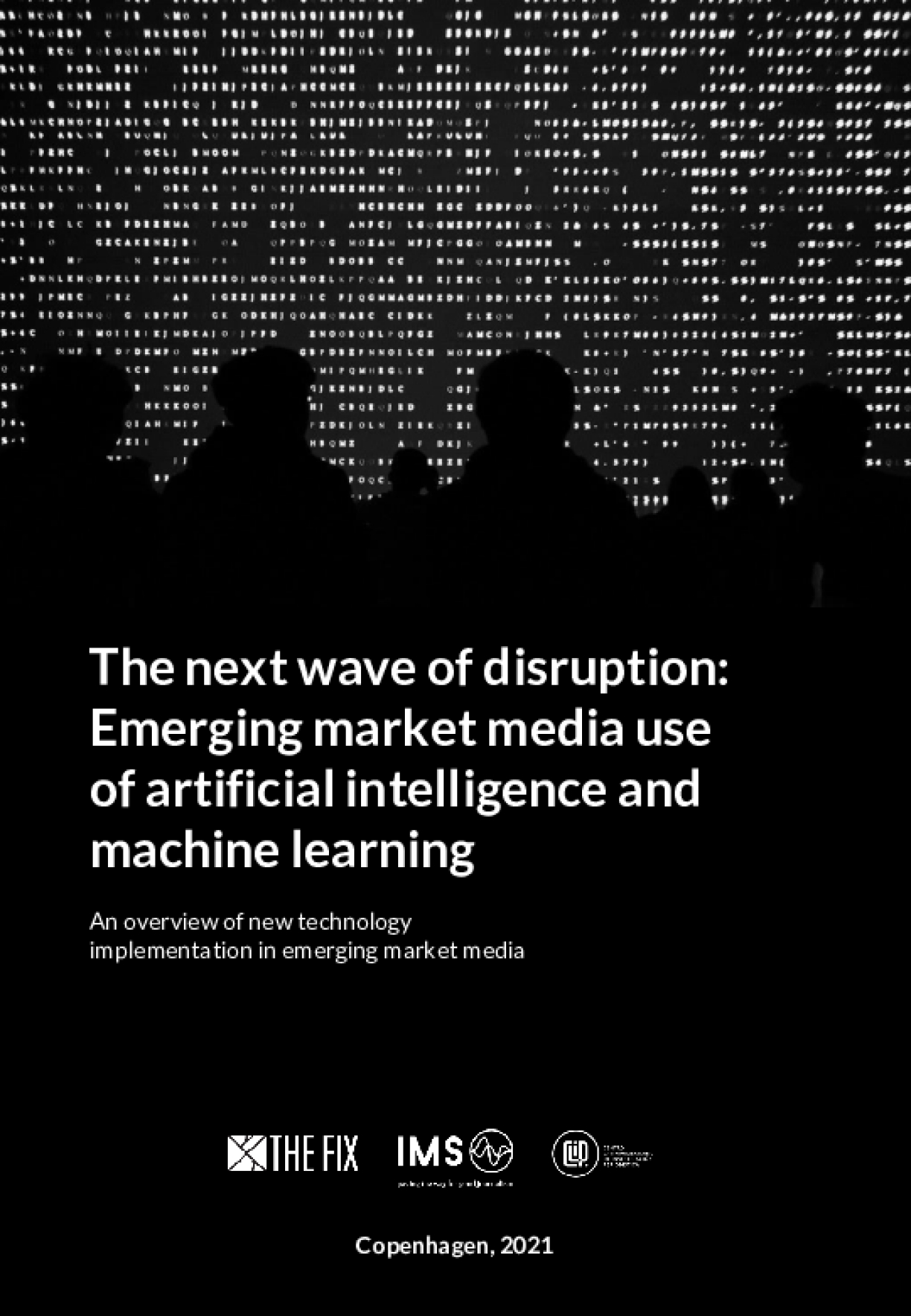 The next wave of disruption: Emerging market media use of artificial intelligence and machine learning

In frontier and emerging media markets across the globe, there are many new opportunities in newsrooms to innovate through artificial intelligence, machine learning and data processing. In this report, IMS, The Fix and the Latin American Centre for Investigative Journalism (The CLIP) have drawn the lens to fast-rising developmental changes capable of driving digital transformation in business and journalism by understanding how those newsrooms can use technology to develop a data and user-led approach to newsgathering, content, distribution, marketing and sales, and post-sale services. 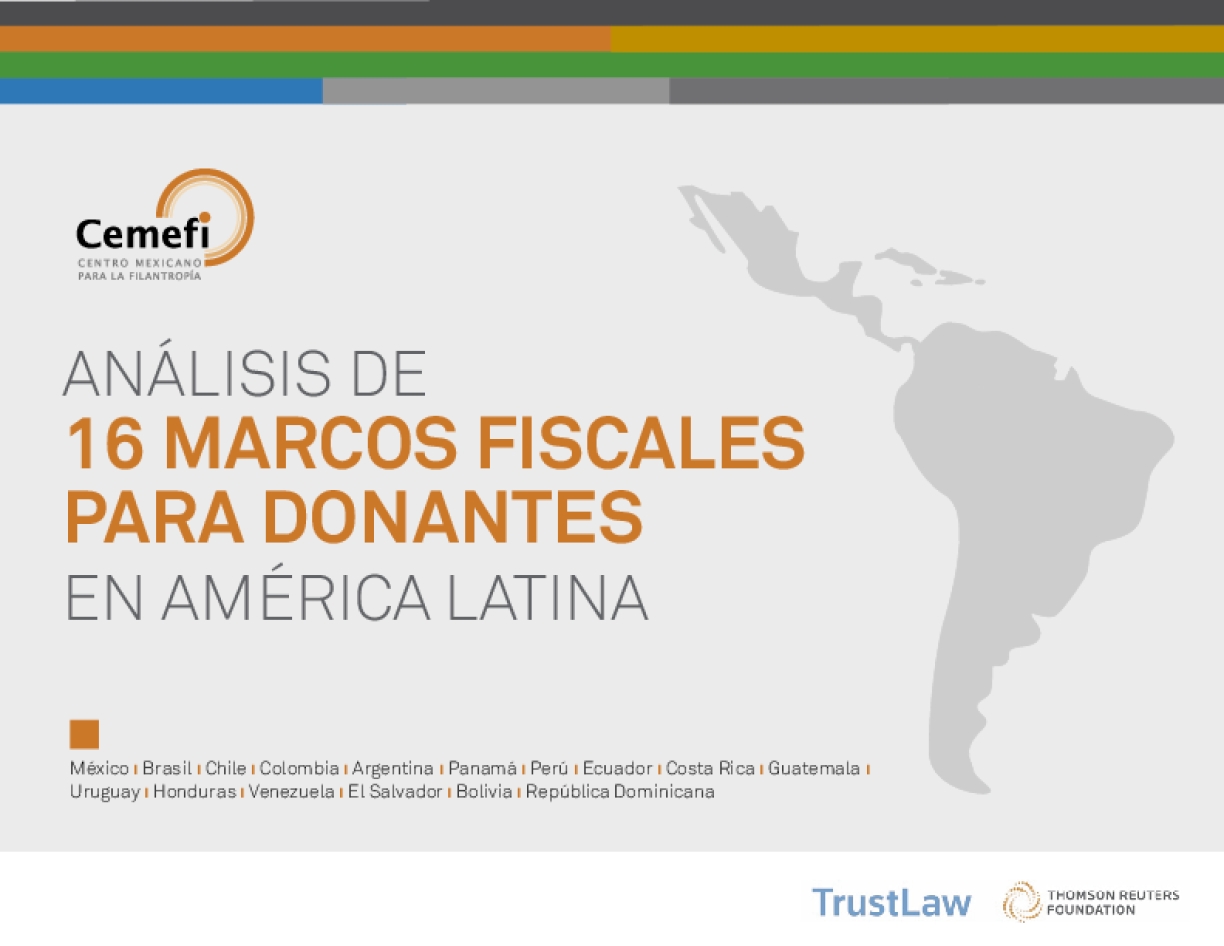 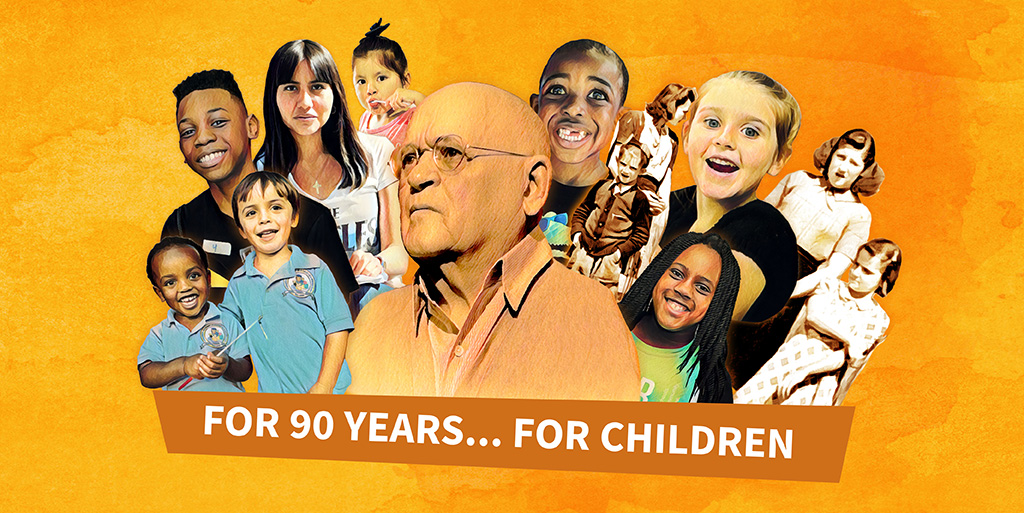 In the nine decades since Will Keith Kellogg established the W.K. Kellogg Foundation, our dedication to his vision for children has only deepened. In a 90th year of challenges and crises, Mr. Kellogg's bold action so that "children can face the future with confidence" is more compelling and vital than ever. 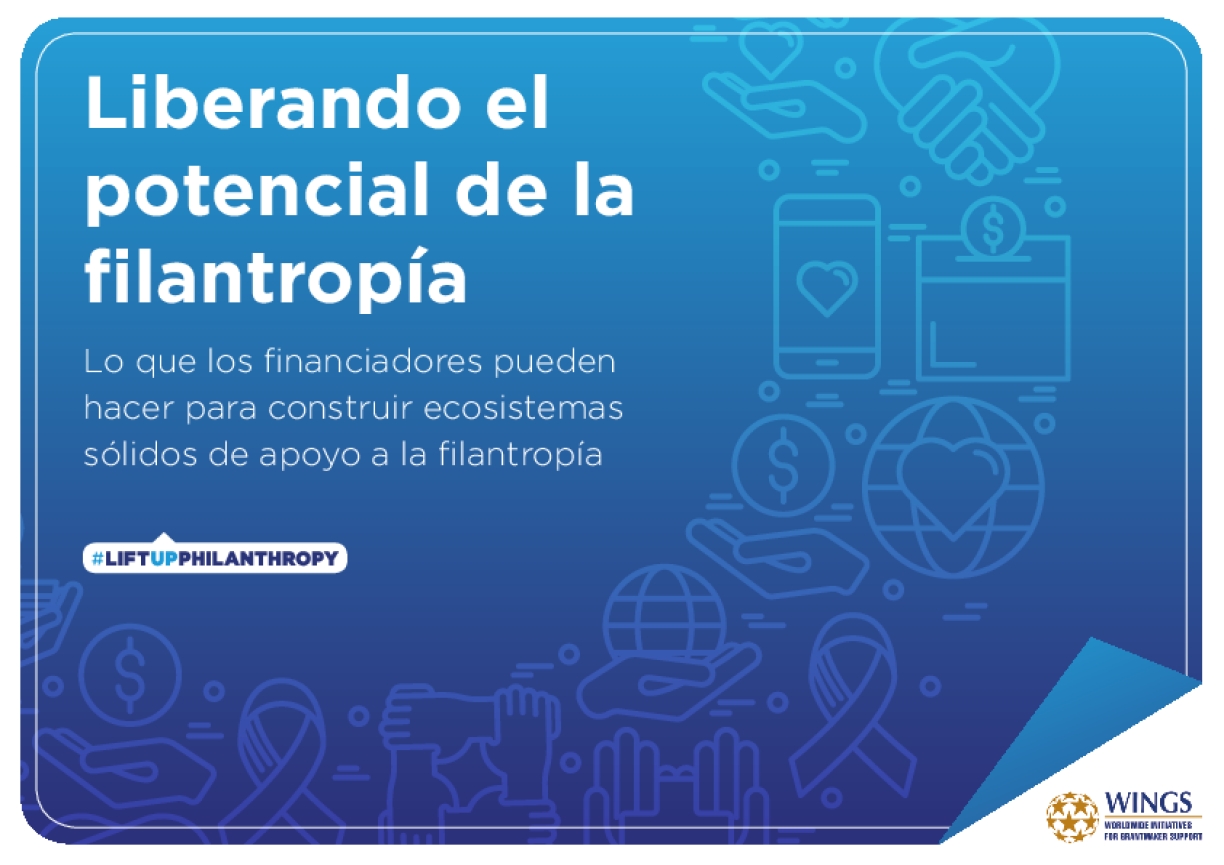 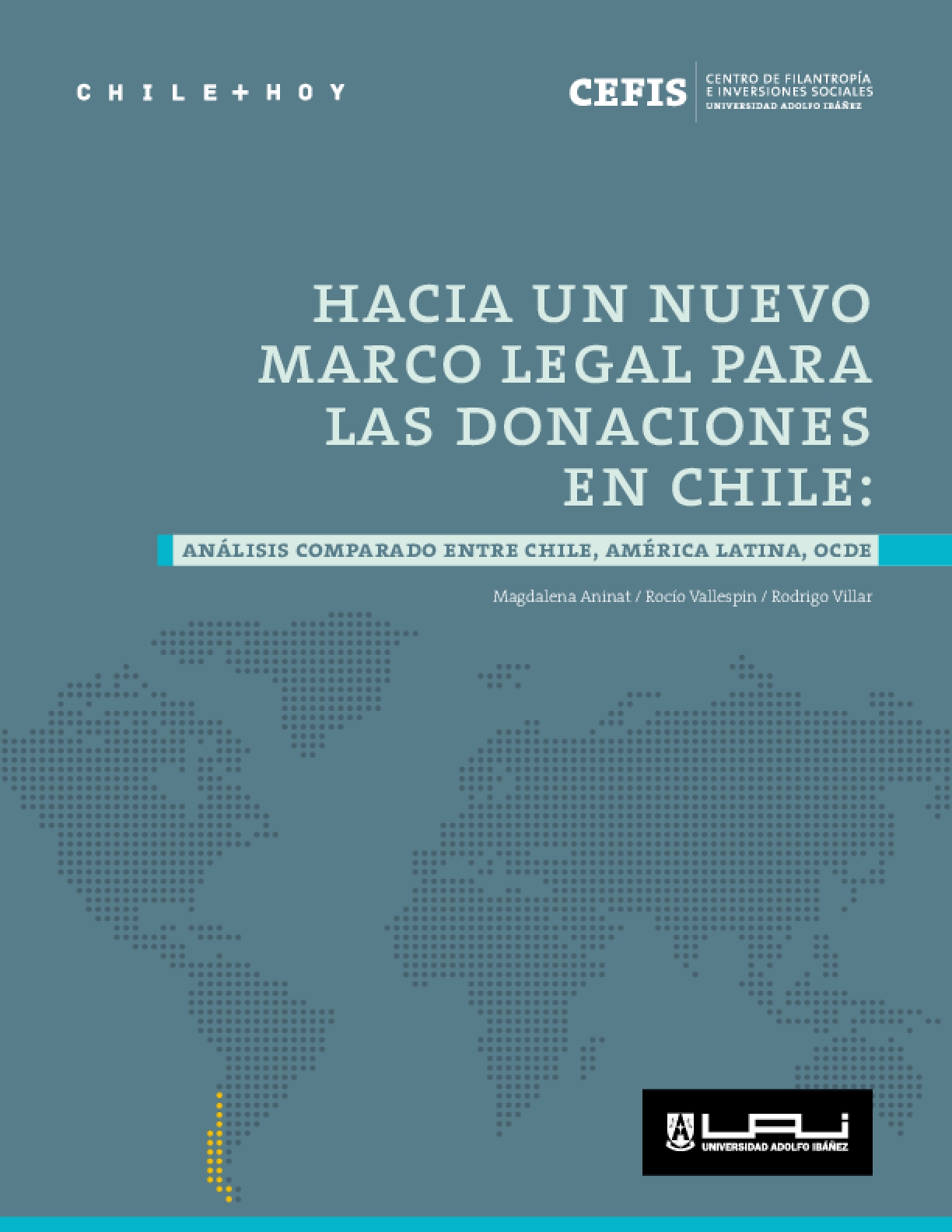 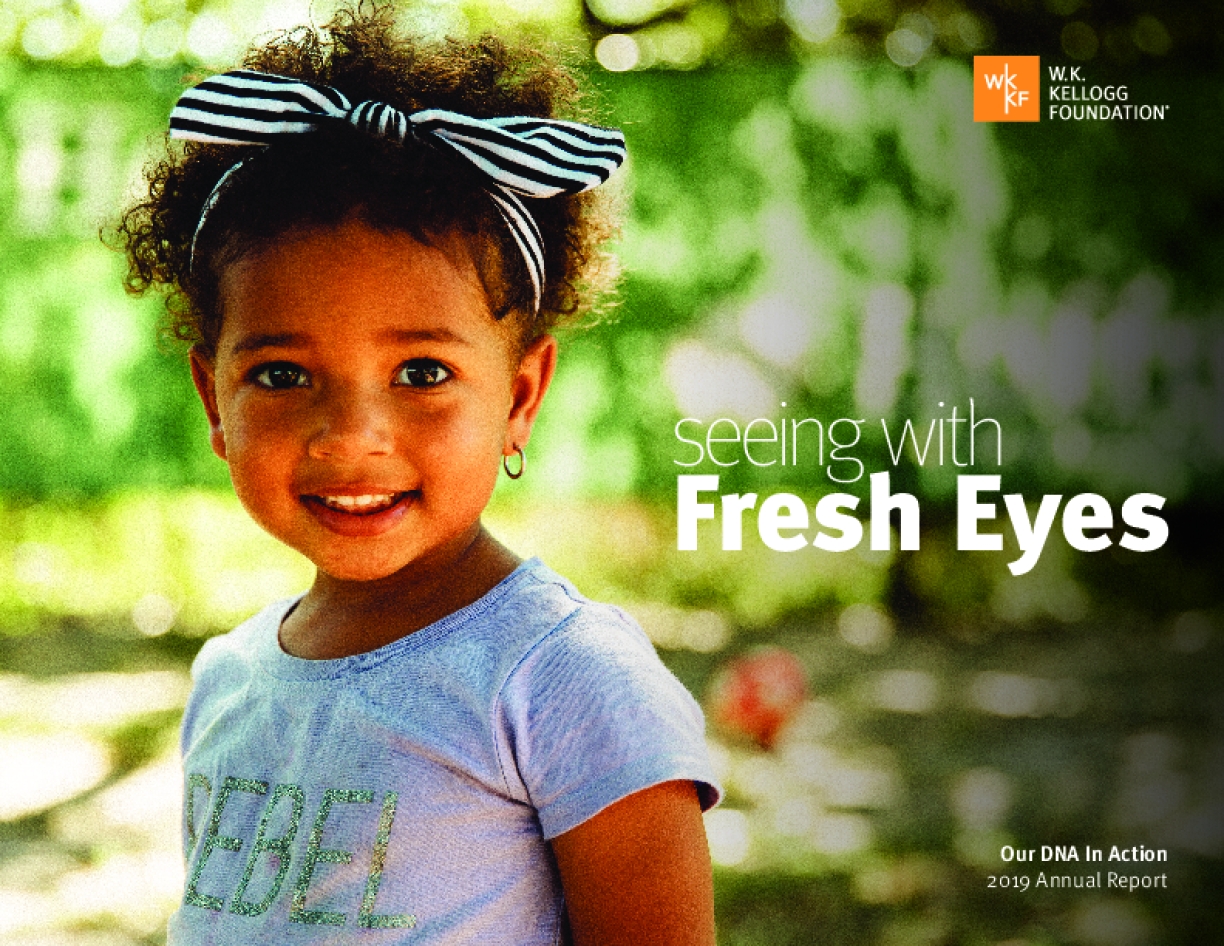 More than a dozen stories illustrate how grantees are advancing racial equity and racial healing, building trust through community engagement and demonstrating courageous leadership to widen equitable opportunities for children and their families.