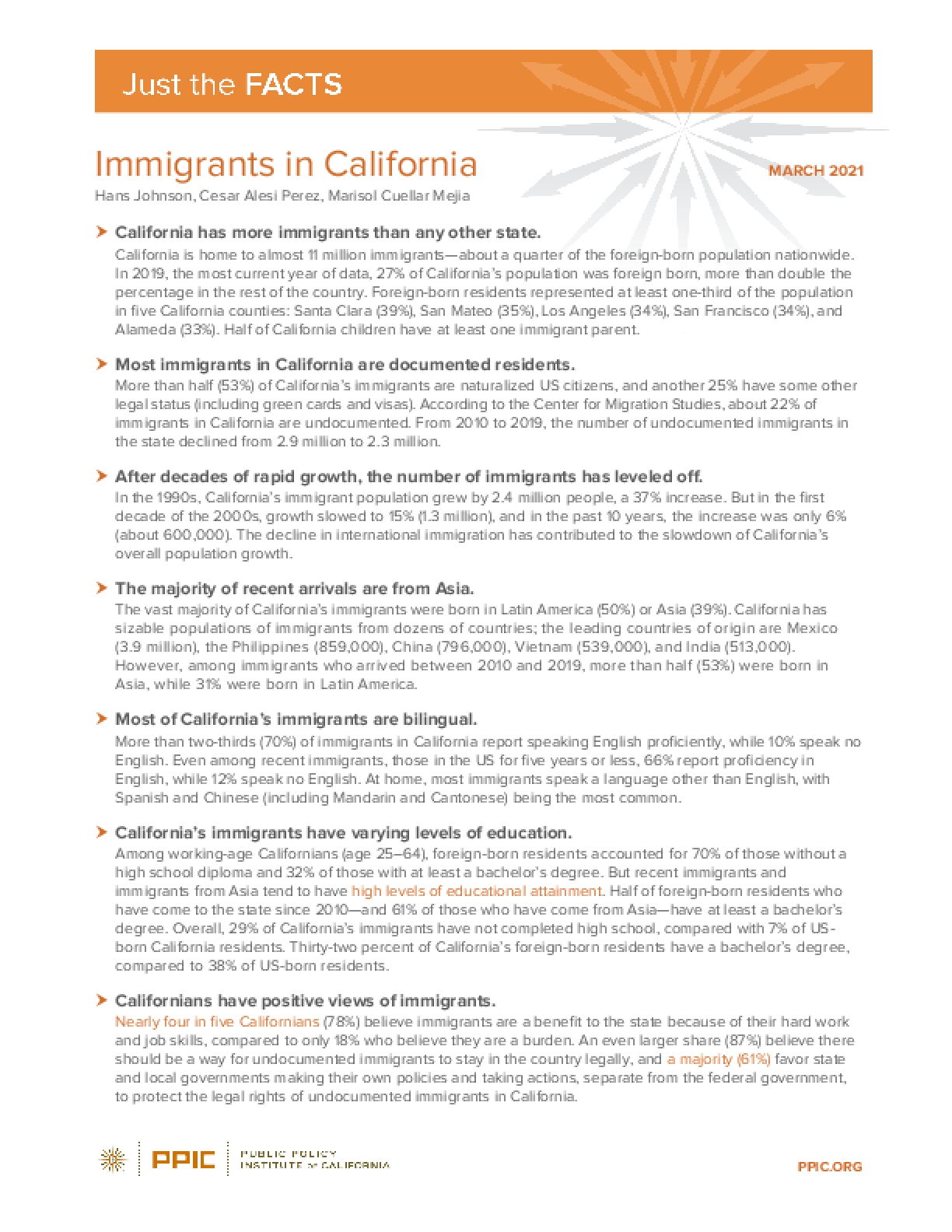 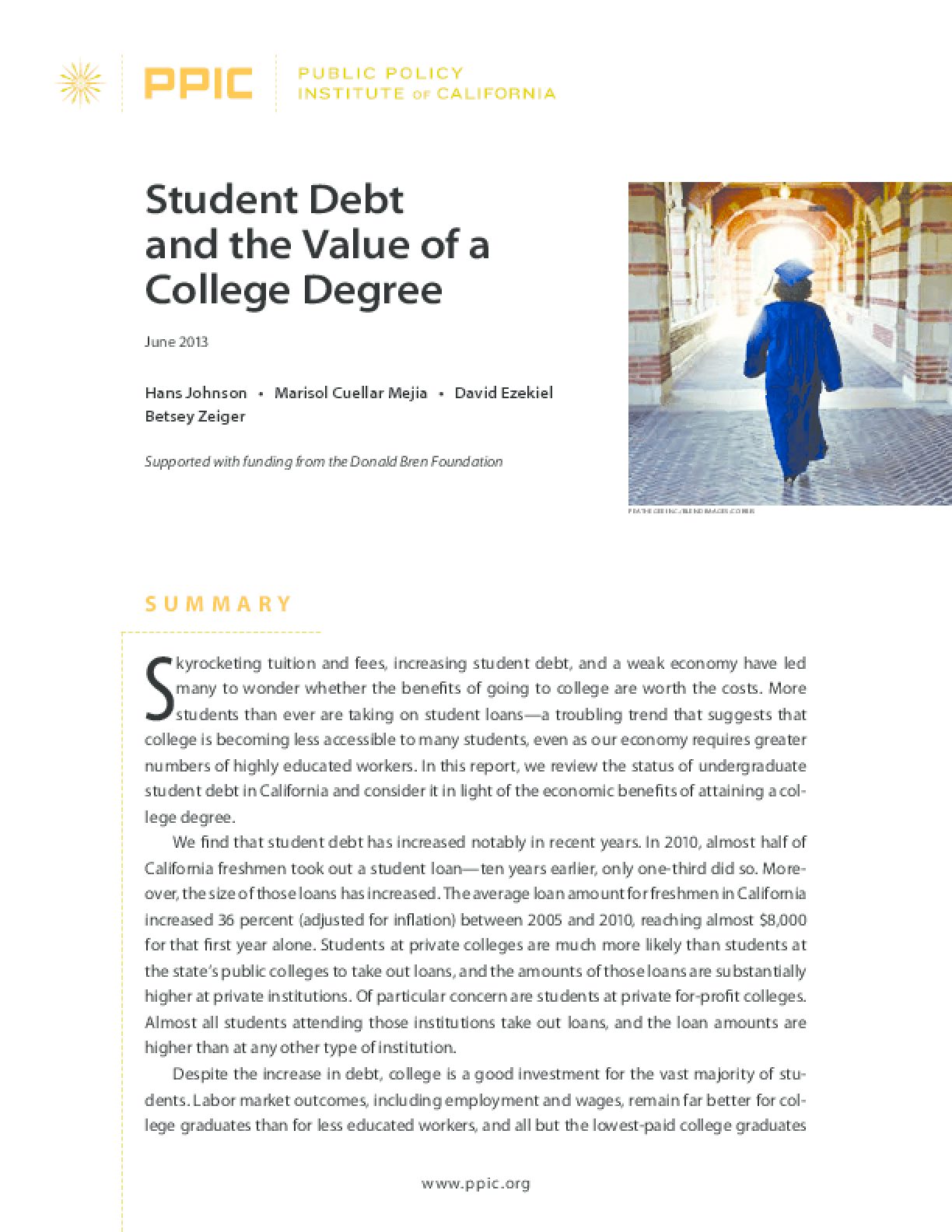 Student Debt and the Value of a College Degree

Skyrocketing tuition and fees, increasing student debt, and a weak economy have led many to wonder whether the benets of going to college are worth the costs. More students than ever are taking on student loans -- a troubling trend that suggests that college is becoming less accessible to many students, even as our economy requires greater numbers of highly educated workers. In this report, the authors review the status of undergraduate student debt in California and consider it in light of the economic benets of attaining a college degree. This report finds that student debt has increased notably in recent years. In 2010, almost half of California freshmen took out a student loan -- ten years earlier, only one-third did so. Moreover, the size of those loans has increased. The average loan amount for freshmen in California increased 36 percent (adjusted for inflation) between 2005 and 2010, reaching almost $8,000 for that first year alone. Students at private colleges are much more likely than students at the state's public colleges to take out loans, and the amounts of those loans are substantially higher at private institutions. Of particular concern are students at private for-profit colleges. Almost all students attending those institutions take out loans, and the loan amounts are higher than at any other type of institution. Despite the increase in debt, college is a good investment for the vast majority of students. Labor market outcomes, including employment and wages, remain far better for college graduates than for less educated workers, and all but the lowest-paid college graduates earn sufficient wages to pay off average debts. However, certain students do not fare so well. Those who do not finish college have far lower earning potential than those who do. And a small share of students take out massive loans and have trouble paying them back. Default rates are particularly high for students who attend private for-profit colleges. By keeping tuition low in the past (and even now at community colleges) and, more recently, by expanding grant aid to those attending public institutions, California policymakers and higher education officials have ensured that student debt is lower in California than in the rest of the United States. Relatively high graduation rates coupled with strong labor market outcomes have kept default rates on student loans very low for attendees of the University of California and the California State University, and at almost all private nonprofit colleges. Efforts by policymakers to limit state aid to institutions with poor student outcomes, including high student loan default rates, should continue. Almost all of the poorly performing schools are private for-profit institutions.In an era with seemingly ever-increasing college tuition, the state should find additional ways to make college affordable for greater numbers of Californians. Improving pathways from community colleges, with their very low tuition, to four-year colleges should be a high priority. The new associate degree for transfer is a step in the right direction. Finding ways to help families save for college should be another state priority. One option would be to create a college savings program that guarantees full tuition at the state's public universities. Numerous states have adopted such programs, and hundreds of thousands of families are participating in them. Finally, to keep costs down, state policymakers and higher education officials need to ensure adequate funding of higher education institutions, as well as eciency in the delivery of higher education. Online offerings are one -- as yet unproven -- possibility for efficiency gains. Ultimately, the significance of a college education is larger than the gains enjoyed by any one person. California's future prosperity depends on public policies that promote college enrollment and completion for increasing numbers of Californians.